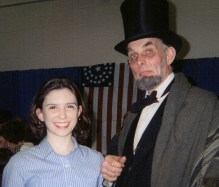 Kelly Osterbind is a well-educated, highly motivated and extremely well-rounded individual.  Kelly graduated from Liberty University with a degree in social sciences.  She was licensed to teach history and civics to students in sixth through twelfth grades in the Commonwealth of Virginia.  Kelly then earned her juris doctorate from Liberty University School of Law and embarked on a career as a prosecutor in two different jurisdictions in Virginia. At this time, Kelly is focused on raising two (soon to be three) children and one dachshund.  Somehow, Kelly still finds time to be an adjunct professor at her alma mater.